Be the best version of yourself with our advanced skin rejuvenation treatment for a healthier, glowing, and youthful appearance!

Looking for an effective treatment to treat fine lines and wrinkles, pigmentation or scars? At Canova London, we offer the latest technology in CO2 laser skin resurfacing.
Treat your skin and start your journey to youth today. Book a consultation at Canova London in Mayfair.

Be the best version of yourself with our advanced skin rejuvenation treatment for a healthier, glowing, and youthful appearance! 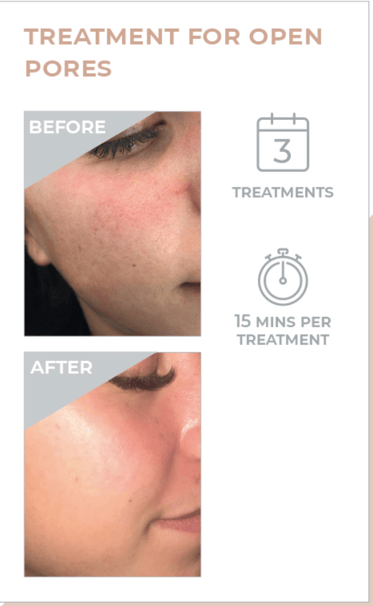 What can 3D VJUVE TREAT?

Using the latest technology laser - 3D Vjuve from 3D Aesthetics, this treatment offers visual rejuvenation for the face and body. This treatment can target a wide range of aesthetic concerns, including fine lines and wrinkles, pigmentation and skin surface irregularities like scars.

3D Vjuve uses CO2 technology to deliver superficial energy into the skin, creating tiny white bloated dots of heat-stimulated tissue through the skin layers. This results in an inflammatory response that stimulates new collagen and elastin production. As a result, the thickness and hydration of the dermis and epidermis are improved, which helps achieve a healthier and glowing appearance for your client's skin. The treatment can be complemented with LED therapy to help regenerate the cells.
Skin concerns that we can target with CO2 laser treatment:
⦁ Pitting of the skin
⦁ Pigmentation
⦁ Enlarged pores
⦁ Premature ageing
⦁ Sun-damaged skin
⦁ Lines and wrinkles
⦁ Dull complexion
⦁ Stretch marks
⦁ Loose skin 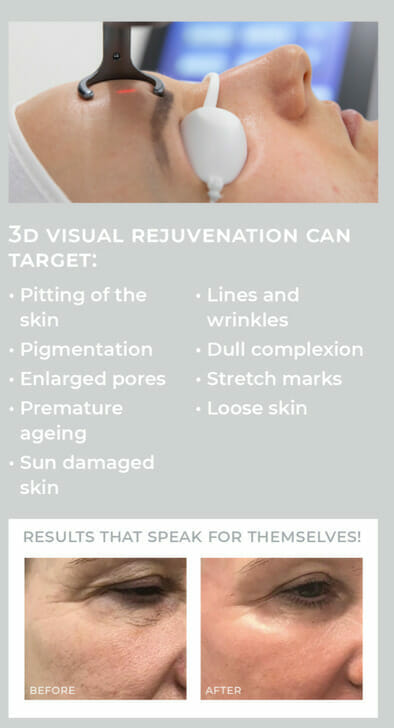 How does it work? Expand

The Fractional CO2 Laser makes small microscopic holes in the deeper layers of the skin. This process leads to the generation of new, healthy collagen to smooth out the acne scars.
Improvement in acne scars can be seen in as early as one week following the Fractional CO2 laser treatment. The number of treatments required really depends on the severity of your scarring. Improvements in acne scarring will continue for up to 6 months following your course of treatment.

Fractional in this context means that a large number of micro beamed columns of ablation are made through the skin per square cm, while leaving the surrounding skin protected and undamaged.  The targeted nature of the laser beam columns means this is delivered in a very precise and controlled way.  Fractional treatments can therefore be used by all skin types and allow for reduced downtime and side effects.

What results can I expect? Expand

Results vary depending upon the individual and the area treated. We will discuss this at the initial consultation with you.

Results are noticeable from approximately two weeks following your treatment. After this, your skin will become smoother, tighter, lines and wrinkles reduced and pores tightened. The treatment is progressive, so a course is recommended for best results.

Am I eligible for this treatment? Expand

Laser treatment is not suitable for everyone. Some of the common contraindications where we would not conduct the treatment are listed below. However, we will go through this in your initial consultation.
⦁ Cellulitis (MRSA)
⦁ Psoriasis
⦁ Lichen Planus
⦁ Lichen Nitidus
⦁ Renal Failure (Acute or Chronic)
⦁ Malignancy
⦁ Multiple Sclerosis
⦁ Vitiligo
⦁ Immunosuppression
⦁ Keloids
⦁ Certain Medications (i.e.Accutane (if used within the last year))
⦁ Collagen Vascular Diseases
⦁ Pregnant or Lactating*

Is there downtime after the treatment? Expand

Downtime for CO2 fractional ablative laser treatment is typically anywhere between 2-10 days (depending on your skin type and the agreed laser intensity/power used during treatment), in the form of raised, red and very dry, flaky, scabby skin.  The laser leaves patterns of red squares where it has been targeted on your skin and these might be clearly visible for the first few days, eventually drying and flaking off, leaving your skin pink for a few more days.  If downtime concerns you, we can adjust the settings (strength and fractional aspect) of the laser but it will take much longer to see your results.

How many treatments will I need? Expand

The recommended number of treatments depends entirely on your presenting concerns, your skin type, how quickly you want to achieve results and your appetite for downtime.  The laser is incredibly powerful and can produce dramatic results quite quickly, however, the downtime may be longer for certain cases.  It is possible to prescribe a treatment plan with a lower amount of downtime (as the laser strength and fractional aspect can be tailored to your bespoke requirements), it will just take a longer to achieve the results and involve a few more visits to clinic.

A typical regime for an advanced skin rejuvenation programme for someone presenting with moderate to severe lines and wrinkles and a significant amount of sun damage and hyperpigmentation might be 3-5 treatments, 4-6 weeks apart.  You will start to see results from as little as 7 days from the first treatment and these will just keep improving over the next 6-8 weeks and well beyond (for example, acne scars can keep improving over 6 months post treatment!). 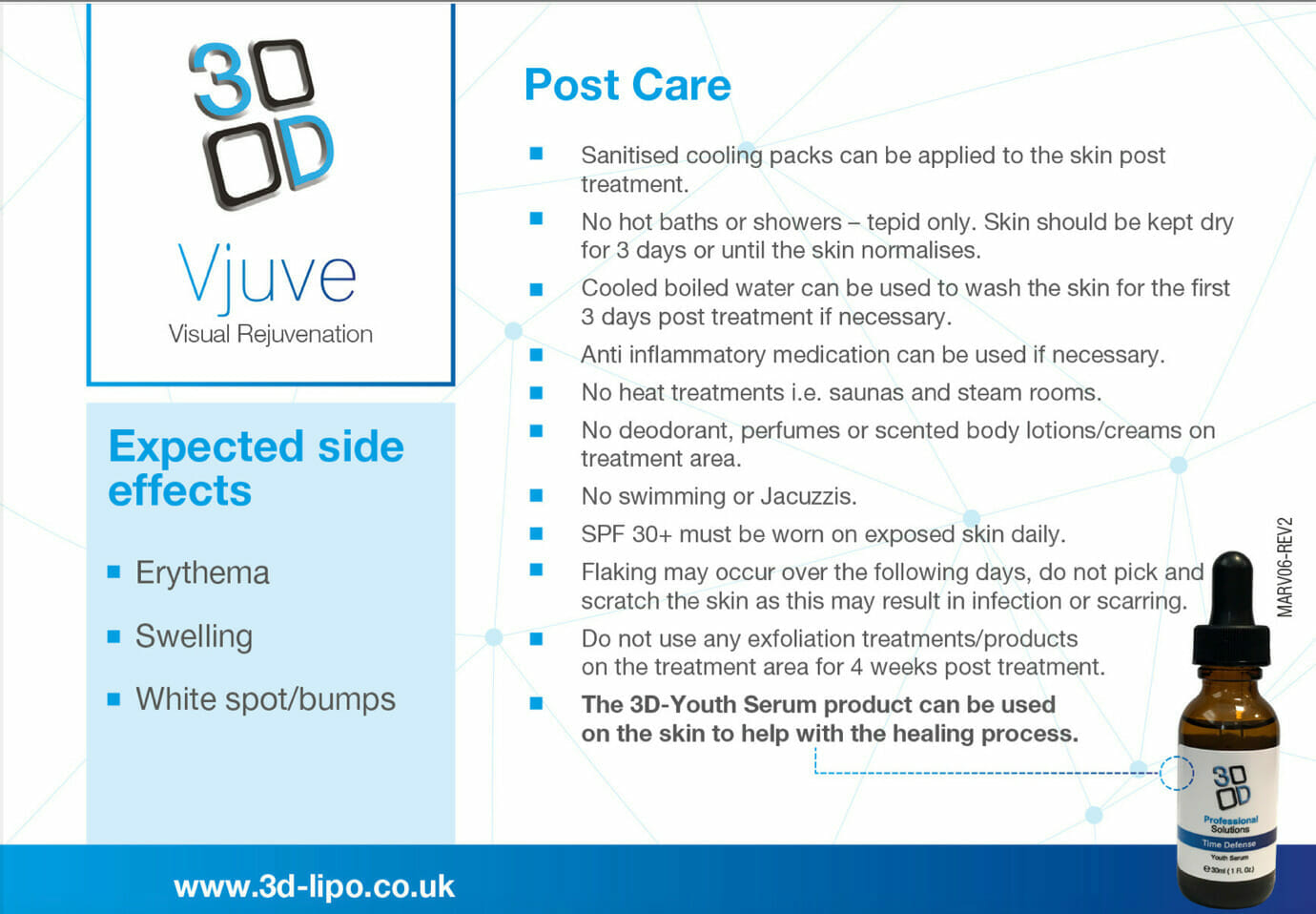